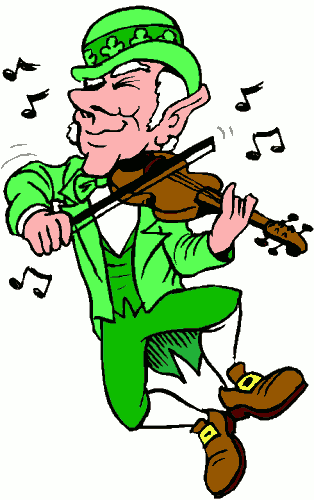 Happy St. Patricks Day folks!! Thank goodness for the Irish!! Top Notch has had the privilege of deejaying many St. Paddy's Day events and are familiar with the top Irish "drinking" and St. Paddy's Day songs, but let's face it, most of us will only listen to artists such as "The Pogues", "The Dubliners",    and "Flogging Molly" on a seldom base. Now granted, there are many "Dropkick Murphy's and Flogging Molly" fans out there, however this post will focus on the bands/artists we all know, we love, and I'm willing to bet you didn't know they were irish! The following are Top Notch's favorite Irish bands. Check them out and let me what you think! NOTE: The band "U2" is left off of this list simply because most due realize U2 are an Irish band.

May the luck of the Irish be with you!!

2. The Corrs- Great female fronted Irish pop band that released a "Breathless" in the Summer of 2000

3. Snow Patrol- A well known Irish rock band that arose to popularity in 2003 with the album "Final Straws". The band is most known for the popular jam "Chasing Cars" which still received regular play on various adult alternative radio stations

4. The Script- A current Top 40 band, with many known singles that reached the rock and pop charts within the last few years with songs including "The Man Who Can't Be Moved", "Hall of Fame" and "Breakeven"

5. The Cranberries- popular band in the 90's with 2 large singles that are still played on adult alternative radio stations today. These 2 singles include "Linger" and Zombie"