Is it wrong to blog about another blog? I don't see why not. I could not agree more with Seth's Godin's blog in regards to radio. The blog, posted Wednesday November 12 is appropriately titled "And End of Radio". I have posted it below. Newspaper and hard copies of magazines have obviously taken a hit due to the digital age. Why need to subscribe to a newspaper when you access it only for free, or at the touch of your fingertips at your own convenience? Taken that same concept into the radio world, why listen to FM and public radio and deal with local commercials when one can easily turn on pandora, spotify, rdio, grooveshark, itunes, or countless other countless digital applications to listen to your music. Furthermore, one can select literally every song they desire to listen to. There's no need to turn the local station when a tune which one may dislike come's on the air. With digital music applications, the above situation is completely avoided. Will FM radio experience a "hit" similar to magazines and newspapers? I definitely think so!!! Seth's blog is below, you can read it at the following link.


An end of radio

Eight years ago, I described how city-wide wifi would destroy the business of local radio. Once you have access to a million radio stations online, why would you listen to endless commercials and the top 40?
I realized last week that this has just happened. Not via wifi, but via Bluetooth and the smart phone.
The car-sharing driver (Bluetooth equipped car, with a smart phone, of course) who picked me up the other day was listening to a local radio station. It was almost as if he was smoking a pipe or driving a buggy. With so many podcasts, free downloads and Spotify stations to listen to, why? With traffic, weather and talking maps in your pocket, why wait for the announcer to get around to telling you what you need to know?
The first people to leave the radio audience will be the ones that the advertisers want most. And it will spiral down from there.
Just as newspapers fell off a cliff, radio is about to follow. It's going to happen faster than anyone expects. And of course, it will be replaced by a new thing, a long tail of audio that's similar (but completely different) from what we were looking for from radio all along. And that audience is just waiting for you to create something worth listening to.

Posted by Unknown at 3:45 PM No comments: 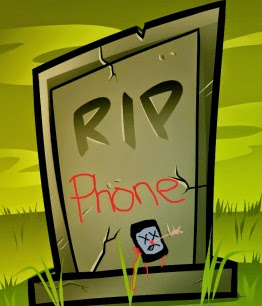 The Boy Scouts Motto is “To Always Be Prepared”. Top Notch strives to always be prepared. I review song materials, play list, games, equipment, on a weekly basis before every event. I truly believe preparedness makes all of the difference in an event, and some of the most professionals in every field are successful because they are prepped and prepared for situations that may arise. Last week for Top Notch was no exception. Top Notch had the privilege of deejaying the Balliet wedding in Chapel Hill last Sunday, and the event went marvelously. In the middle of the Dinner reception, my music hard drive (the device which stores over 200,000 songs) crashed. Thankfully, I was prepared with a back up drive so the event continued to move smoothly. Additionally, the weekend before last, Top Notch provided karaoke for the Halloween Bash at The Luxury Box in North Raleigh (http://www.theluxuryboxofraleigh.com/). Seeing how Top Notch has received little demand for karaoke this year, I reviewed all equipment, computer software systems, etc to insure that the karaoke did in fact work before the night of the event. Preparedness once again was a large factor in allowing the Halloween Bash to be a success. Unfortunately, one thing I was not prepared for this week was losing my cell phone. My cell phone went completely wacky and even the service employees could not diagnose nor repair the problem. The tragedy lies in the fact that I had tons (I mean tons) of new video footage and pictures to place on the website, facebook page, etc. and now it’s all gone. Sorry guys!!  Lesson to be learned....always, always, back up your media via dropbox, google drive, flash drive or an alternative back up device. As much as we rely on technology, we truly never know when nor where it could crash. Always Be Prepared and back it up (no dance pun intended)!!!!

Posted by Unknown at 6:57 PM No comments: